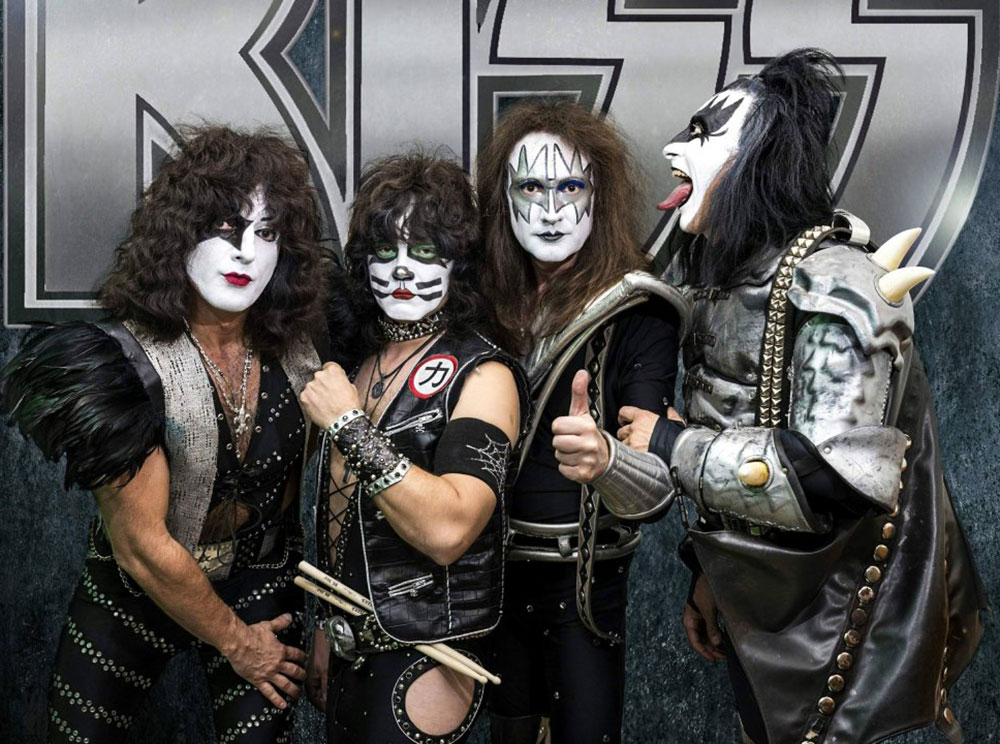 Until October 2014 the band had performed over 1,000 shows in 27 different countries!
The bands set list goes way back to the early works of KISS until today. Other than hit songs, they play a few surprise numbers, without the demand of entirety “Deuce”, “Rock and roll all nite” , “Crazy nights” , “I was made for lovin’ you” , “Detroit rock city” , “Lick it up”, “Beth” or “War machine” , “Hard times” , “Parasite”

In January 2012 the band won the official title of “No.1 european KISS tribute band” as the only KISS tribute band from Europe on the 4 bands final in Las Vegas/United States, organized by “KISS Monster Mini Golf”. More than 200 bands all around the world wanted to get the final but just 4 got the chance to flew to Las Vegas,so KISS Forever Band was there among to 2 american and 1 australian KISS tribute band.

Countries from much further away are showing great interest in the band as well regarding their “20th Anniversary World Tour” in 2015,it seems Canada, Japan and naturally Europe will not be left without KISS Forever Band concerts this year.